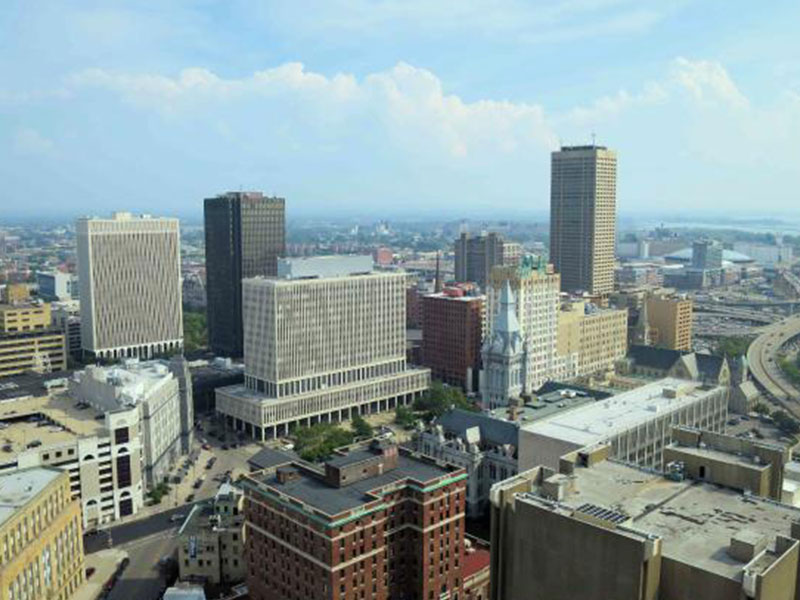 Buffalo has long served as one of the nation’s logistical hubs. From the grain silos that fed the world, to a steel-belt town providing the skeletal foundations of buildings across America, warehousing runs through our blue-collar blood. After a few tough decades marked a “Rust-Belt City”, feeling left behind by progress, we are on our way back. While we’ve evolved, we also know to stick with what we’re good at. We’re still providing critical warehousing, but today we’re housing data.

Western New York is a growing market for data center, cloud, and colocation services. From Fortune 500 companies like Yahoo! and Black Rock Financial, to New York State agencies and biotech corporations, organizations are recognizing the strategic value of the region’s critical infrastructure for high-tech needs.

But what makes Buffalo so strategic for technology?

We’re growing. The Niagara region begins America’s portion of what is known as the Golden Horseshoe of Lake Ontario. Extending up through Toronto, this region is the fourth largest urban region in North America, and the second fastest-growing urban region on the continent.

We’re inexpensive. Buffalo is the state’s second largest metropolitan area, and with a low cost of living and low cost of real estate, it’s a much more cost-effective option than New York City.

We’re temperate. It’s hard to imagine that our infamous winter weather is an asset, but it is. The ability to provide free cooling is tremendously advantageous in the high-tech world. Even in the summer months our average temperature is moderate by server standards – with low cooling degree days keeping energy costs low.

We’re predictable. Aside from the occasional blizzard, our weather is hardly news-worthy. The region enjoys little to no risk of hurricanes, earthquakes, fires, or other natural disasters.

We’re wired. It’s well-known that Western New York has long-leveraged its geography to provide abundant hydroelectric power. Nickola Tesla designed the first hydro-electric power plant in Niagara Falls – driving the worldwide use of alternating-current power. This led the way for Buffalo to become America’s first city with widespread electric lighting, and decades later a hub for steel and heavy manufacturing. Today, with the receding manufacturing industry, Buffalo sits on a hotbed of untapped power.

We’re stable. Not only is our power abundant, but the utility infrastructure is known for being redundant, diverse, and stable compared to similarly sized cities.

With all the strategic benefits Western New York has to offer, you can count on technology continuing to play a role in Buffalo’s ongoing renaissance.

Please fill out the form below to get started, and we’ll be in touch as soon as possible.